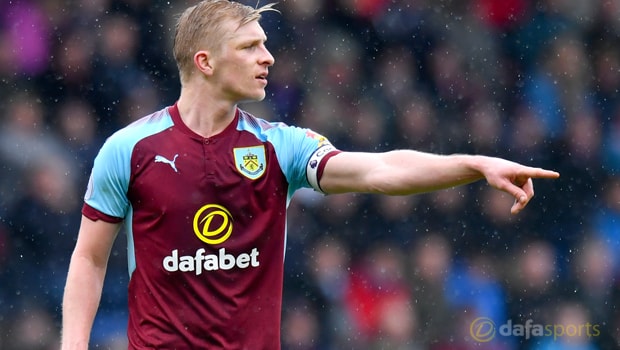 Burnley defender Ben Mee says it is pleasing his name is getting mentioned with a possible call-up to England’s squad and he wants to keep impressing for the remainder of the campaign.

Former England Under-21 international Mee has been in fantastic form this season and his consistent performances have helped the Clarets climb to seventh in the Premier League.

The 28-year-old, who enjoyed a successful partnership alongside last year before his switch to Everton, has had a good understanding with both James Tarkowski and Kevin Long in the middle of the defence this term.

With Chelsea’s Gary Cahill struggling for playing time and Manchester United duo Chris Smalling and Phil Jones both receiving criticism this season, the door has potentially been opened for players to force their way into manager Gareth Southgate’s plans.

Mee was named man-of-the-match in Burnley’s 1-1 draw against Southampton last Saturday and he has boosted his chance of a senior England call as Southgate was in the stands.

The centre-back says it is nice to hear people tipping him for a call-up and he admits making the 2018 World Cup squad is a goal of his.

“You never know what his (Southgate’s) thoughts are, but it’s nice to get man of the match,” Mee said.

“You just concentrate on your own game and don’t worry about anything else. “To be getting mentioned is all positive. It’s fantastic.

Obviously, you have ambitions and want to get in the squad. You guys (the media) are mentioning it and other people are too.

That shows I’m moving forward and the other lads are too, which is great for the club.”

Burnley welcome Everton to Turf Moor on Saturday and the hosts are 2.60 favourites to pick up the win, a draw is priced at 3.10 whilst the Toffees are a 3.00 chance.