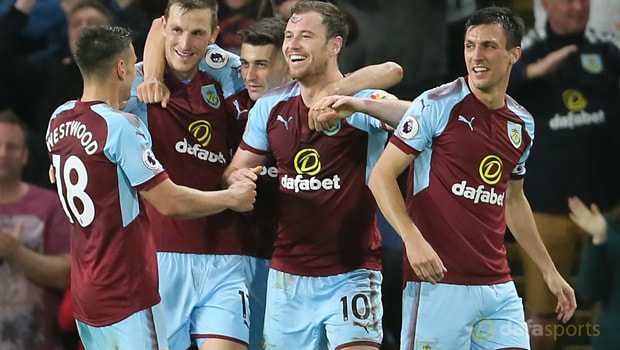 Burnley midfielder Jack Cork is delighted to have the chance to compete in Europe next season.

The Clarets are guaranteed to finish in seventh spot ahead of their final game of the season at home to Bournemouth on Sunday so will enter the Europa League in the qualifying stages.

The Turf Moor club begin their European campaign in the second qualifying round at the end of July and will find out their opponents when the draw takes place on June 19.

Cork is aware they still have some work to do to reach the group stages but is already looking forward to trying to help Burnley book a spot in the European competition proper.

“Everyone is really happy with it, it’s a great achievement,” Cork told the Lancashire Telegraph.

“It’s beyond what we expected at the start of the season and what people were expecting of us. We’ve surpassed that.

We’ve done miles better and people can be proud of the season that we’ve had. We just want to finish it well.

“It’s amazing and everybody is really looking forward to Europe. We’ve got the qualifying rounds to get through first, which will be tough, but it’ll be good for the fans to have a few away trips in Europe.”

Cork is desperate to help Burnley reach the group stages and is hoping to come up against some big sides in the Europa League next season.

He added: “We’ll just find out who we get on the day. I’ve heard there are some strong teams in it so hopefully, if we get to the group stages, we’ll get a good couple of draws against some good teams.”

Burnley are 2.15 to finish the campaign with a victory over Bournemouth on Sunday and are 19.00 to win 3-0.