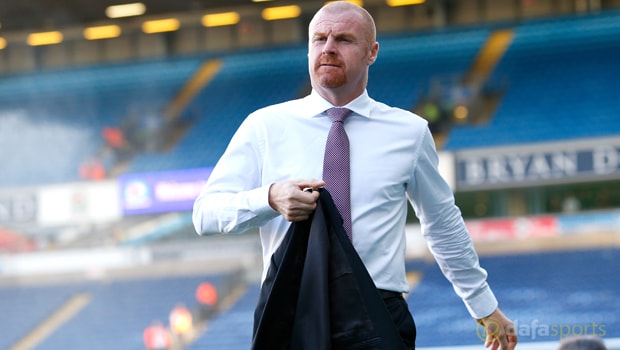 Burnley manager Sean Dyche admits he is pleased with the options he has up front as Nahki Wells prepares to join the Clarets.

Burnley look set to sign the 27-year-old from fellow Premier League club Huddersfield, with the Lancashire outfit paying £5million for his services.

The deal is expected to be finalised before the transfer deadline and he will add another option for Dyche until the January transfer window.

Despite losing Andre Gary to Watford earlier this month, Dyche believes Wood adds a different dimension to the Burnley attack and he is pleased with his current crop of forwards.

He told the Lancashire Telegraph: “I think he adds to the quality of the squad, particularly with the loss of Andre.

“They’re different in style. Woody’s probably slightly more rounded in his play, with what he can offer the team’s performance, whereas Andre’s got certain weapons that are very powerful on any given day.

“I like both players for different reasons, but we think Woody’s maturity as a player is an important part of it.

There’s still development in him, but I think he’s rounded a bit more now. “He’s another healthy player who does add to the group.”

Wells will be hoping to play for Burnley as soon as possible if he signs for the club and could feature against Crystal Palace on September 10.