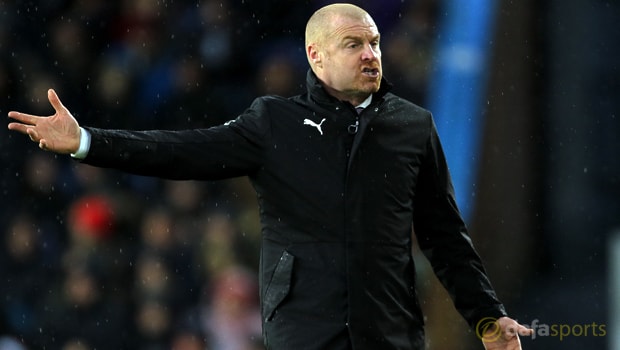 Burnley boss Sean Dyche admits it was a “horrible feeling” to not get any points on New Year’s Day as his side fell to a 2-1 defeat to Liverpool.

Liverpool coach Jurgen Klopp made several changes to his starting XI for the game, with Mohammed Salah and Phillipe Coutinho both being dropped from the match day squad.

Roberto Firmino also had to settle for a place on the bench but Sadio Mane put his team in the lead.

The Clarets have now not won in five matches and they have dropped to seventh in the league table and Dyche admits it difficult to take.

He told reporters: “I thought we had done enough to earn another point.

“We’re so frustrated with a soft goal right at the end but impressed with the mentality: superb physically, tactically very good – particularly defensively – and there is so much to be pleased with. But we’re left with that horrible feeling.

“The way we have moved forward as a club in the last calendar year is terrific.

“It’s a group of players who are developing and improving all the time and they are becoming a bit more assured about themselves in this division. That was a good show of it today.

“We are stretched at the moment, we are missing players, but I believe in every part of the squad. I thought that was on show.”

Burnley take on Manchester City in the FA Cup before then travelling to Crystal Palace in the league.