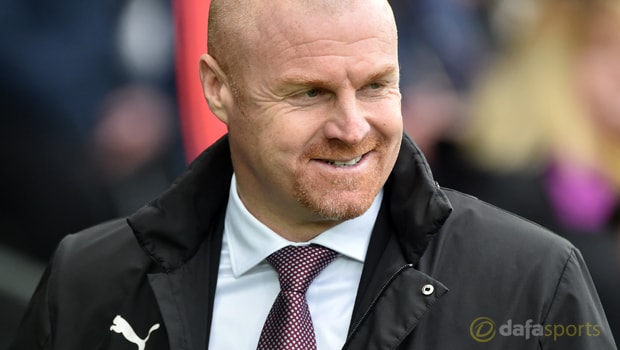 Burnley boss Sean Dyche has confirmed several of his injury-hit players should be available for Saturday’s Premier League clash with Southampton.

The Clarets are still riding high in seventh position in the top-flight standings although they have failed to win any of their last 10 league games since they secured a 1-0 victory over Stoke on December 12.

However, Burnley’s recent struggles could be put down to a lengthy injury list although Dyche has confirmed a number of those players are in line to return this weekend – including Chris Wood, Dean Marney and Stephen Ward. “The group is coming back together,” Dyche said.

“Chris Wood got 70 minutes so he is back in the thinking. That was by design by the way, no problem with that. We took him off after 70 minutes to make sure he is building his way back to true fitness.

“Dean Marney got 90 minutes under his belt, which is good,” he added.

“Stephen Ward also got 90 minutes the other day, which means he is even closer to full fitness.”

Defender James Tarkowski is another player who could feature at Turf Moor on Saturday following a groin problem although the Clarets will once again have to do without long-term absentees Steven Defour, Robbie Brady and Jon Walters.

Goalkeeper Tom Heaton will also not be considered this weekend although he is nearing a return following the dislocated shoulder he suffered nearly six months ago.

Burnley secured a 1-0 victory over Southampton when the sides met at St Mary’s earlier in the season and they are priced at 2.88 to collect another three points on Saturday. The relegation-threatened Saints are available at 2.70 while the draw is on offer at 3.00.