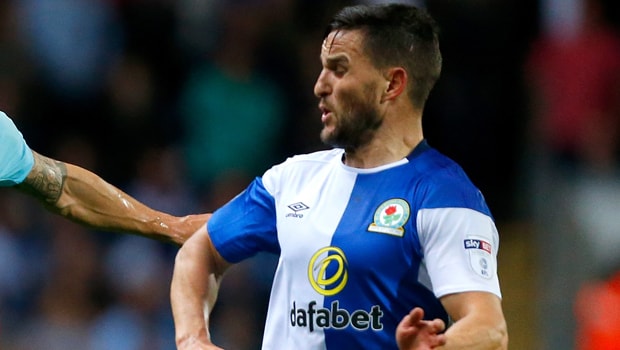 Craig Conway feels teams will be raising their efforts against Blackburn Rovers now they’ve earned top spot in League One.

A 2-0 win over Bury at Ewood Park on Monday sent Tony Mowbray’s side top of the pile for the first time this season.

They stayed there when Shrewsbury could not take maximum points from a home game against Rotherham 24 hours later.

Wigan, long-time leaders in League One this season, are down to third but the Latics have three games in hand on Blackburn, owing to inactivity amid their FA Cup exploits in recent weeks.

Conway won promotion from the Championship with Cardiff City earlier in his career and knows that being top puts a bullseye on Blackburn.

Wigan are just three points behind Blackburn but Conway would prefer to have the points rather than games in hand.

He says now is the time for Rovers to kick on while momentum is with them, starting on Saturday at Walsall.

“We’ve hit the top of the league at the right time, in my opinion,” he said.

“Okay, Wigan have a few games in hand but having been in that position before, I’d much rather have the points on the board than the games in hand.

“I’m sure Wigan will pick up points but as long as you’re up there and fighting for every point then I’m sure things will work out fine for us.

“There always seems to be a team to come from nowhere and goes on a really good run between now and the end of the season.

“But I’ve been in a position before at Cardiff where we’d been at the top for so long and every team you play desperately wants to beat you.

“You have to deal with that pressure. Teams have raised their game against us a lot this season and Walsall will do the same when we head down there on Saturday.”