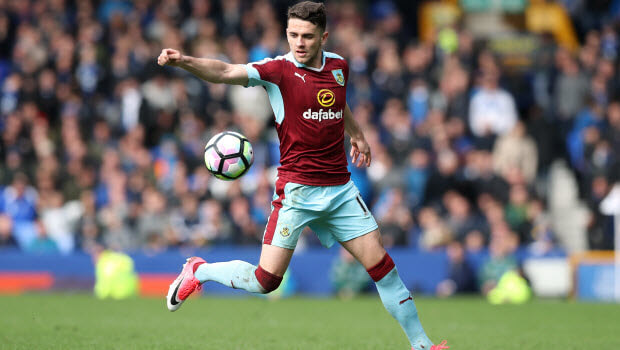 Robbie Brady insists Burnley have “plenty in the tank” as they bid to preserve their Premier League status for another season.

The Clarets are currently five points clear of the relegation zone with just four matches left to play in the campaign, but a run of one win in 11 top flight games, coupled with the improving form of Hull and Swansea, has left some people nervous that Burnley could be dragged into a relegation fight.

Sean Dyche’s men have matches to come against Crystal Palace, West Brom, Bournemouth and West Ham before the end of the season and Republic of Ireland international Brady, who only joined the club from Norwich in January, believes the Clarets still have plenty left in the tank.

“The way they do things here is very good on the fitness side of things so the lads have plenty in the tank and a lot more to come between now and the end of the season,” the 25-year-old said.

Brady has scored once in 11 appearances since arriving at Turf Moor and he believes he is starting to find his best form after struggling in his first few matches for the club. “I was disappointed with the first few games.

When you first come in you want to do your best and give your best but sometimes that doesn’t go,” he added. “That was the case for me. I found it difficult in the first few weeks showing what I was all about. “But as the weeks have gone on I have settled in, I feel more relaxed and I am enjoying my football.”

The versatile winger will be hoping to showcase his talents once again when Burnley travel to Selhurst Park to take on Crystal Palace on Saturday. The Clarets are priced at 4.50 to win the match, while Palace are available at 1.80 and the draw is on offer at 3.50.