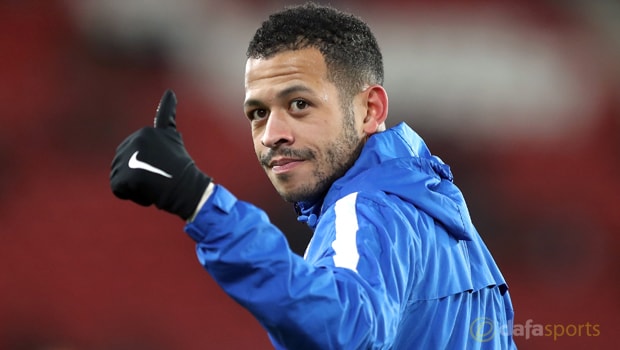 Brighton defender Liam Rosenior believes the squad feel the benefit of travelling to Portugal for a training camp during the international break.

The Seagulls have eight games left to secure their Premier League status and avoid an immediate return to the Championship.

They currently sit 12th with 34 points, six clear of the bottom three, after falling to successive defeats prior to the international break.

Brighton, who are priced at 19.00 to be relegated, failed to score and lost at Everton and Manchester United before some of their players jetted off to turn out for their national sides.

Rosenior has stayed with the club along with the rest of his team-mates not involved in international friendlies and boss Chris Hughton felt a trip to Portugal could help them to bond.

The south coast club went on a similar trip last term and they enjoyed a strong run of form upon their return, and Rosenior is hoping they can do the same again in the closing weeks of the Premier League term.

Rosenior told Brighton’s official website: “We did something similar last year and then went on an incredible run after that – we won five games in a row.

When you have good relationships between individuals in the group, it makes you work harder for each other on the pitch.

“It’s a different environment when you’re out together. You spend more quality time with each other and we managed to have a few team meals together and bonded really well.

“It was great for the newer players as well, the ones who came in January, because they got to know the squad even better and it creates the togetherness that you need to be successful.”