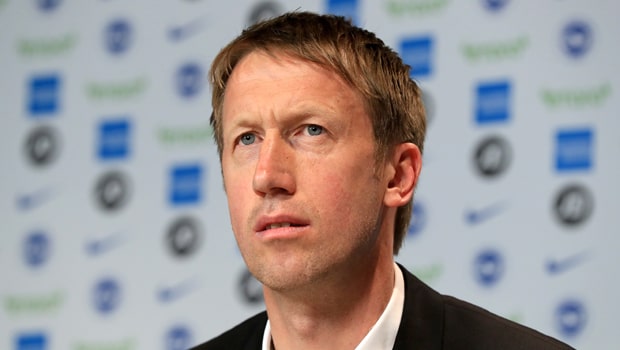 Graham Potter is yet to see his Brighton side play a competitive match but is encouraged by what he has seen in pre-season training so far.

Potter took over the Seagulls after Chris Hughton’s post-season departure following a battle for Premier League survival in the latter months of last season. Potter, who moved after a season in charge of Swansea, is with the squad in Austria.

After fitness and medical testing they flew out and, having now seen the players with the ball at their feet, the new boss is happy with what he has seen so far.

He said: “We are trying to properly assess the group, but it’s been really positive. They work really well, try their best every day.

“They are an honest bunch of lads and I really enjoy working with them. “They all want to play – you can sense that. The process now is to understand them all as best we can as quickly as we can.”

The Seagulls squad play Liefering in Austria this weekend before returning to the UK to play pre-season games against Crawley, Fulham and Birmingham. They have a home game with Valencia before getting the new Premier League season underway away to Watford on August 10.

They are 3.80 to start off with a win while the Hornets are 1.95 and the draw 3.40. Potter’s first home league game is the week after when West Ham are the visitors to the Amex Stadium.

Potter has already been active in the transfer market this summer with Matt Clarke arriving from Portsmouth and midfielder Leandro Trossard joins from Genk.

The coaching side of the club has also had something of an overhaul with Liam Rosenior leaving to join Derby County while another former player Bruno stays with the club as senior player development coach.

Brighton are 3.00 to be relegated at the end of next season with Watford 6.00.