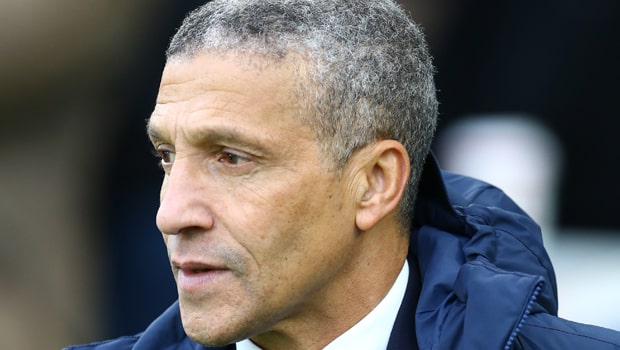 Brighton boss Chris Hughton is expecting a tough game against a well-organised Bournemouth side when the pair clash at the Vitality Stadium on Saturday.

The Seagulls head west along the south coast to face Eddie Howe’s side sitting in 13th place in the Premier League standings and with 21 points to their name.

The Cherries are two places and two points better off but are on a poor run of results, with one win in seven and the other six results all defeats.

Brighton themselves have lost their last two and could do with getting something out of the game, and they will be taking on a Bournemouth outfit shorn of a few top stars.

Simon Francis, Dan Gosling, Lewis Cook and Adam Smith are all out of action but Hughton feels his counterpart will still be able to field a decent side, having watched them push Chelsea all the way in the Carabao Cup quarter-finals.

“They certainly didn’t look like they were struggling then. I thought they were excellent,” he told reporters.

“Even right up until the end it looked like the game was going to penalties.”

The former Newcastle chief was full of praise for Howe and believes his players to be well-drilled and able to adapt to any situation. “Whichever players come in they know the roles very well,” he added.

“He’s got them playing in the way he wants to, very high-tempo, a lot of pace in the team.”

Bournemouth are 1.91 favourites to take all three points while Brighton can be backed at 4.20 and the draw at 3.50.