Posted by Fred McKinley on September 2, 2017 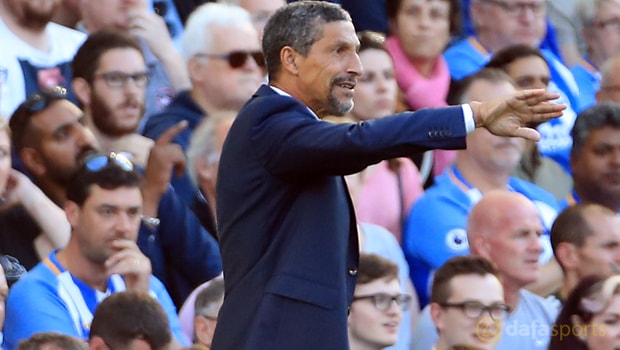 Italian full-back Schelotto has moved to The Amex on a three-year deal from Portuguese giants Sporting Lisbon for an undisclosed fee, following previous spells at the likes of Inter Milan, Parma and Atalanta.

The 28-year-old also has one international cap for Italy and Seagulls boss Chris Hughton believes he has the quality and experience to be a real asset to his side.

Hughton told the club’s website: “We are delighted that Ezequiel is joining us.

He has made nearly 190 appearances in the top flight in Italy and Portugal and has played in the Champions League, and is the type of experienced player we want to add to the squad.”

Dutch goalkeeper Krul has moved to Brighton from Premier League rivals Newcastle on a season-long loan deal and he will be reunited with former boss Hughton on the south coast, as the duo previously worked together during their time at St James’ Park.

Krul is expected to challenge Matthew Ryan for the number one jersey at The Amex and Hughton has once again pointed to the stopper’s experience as being one of the main reasons they chose to sign him.

“I know Tim from my time at Newcastle and he is an excellent professional that has a vast amount of experience at both club and international level,” Hughton added.

Brighton, who also reportedly missed out on signing Vincent Janssen from Tottenham on deadline day, have collected just one point from their opening three top-flight matches this season.

The Seagulls, who were only promoted to the Premier League last term, are priced at 2.00 to be relegated back to the Championship come the end of the campaign.