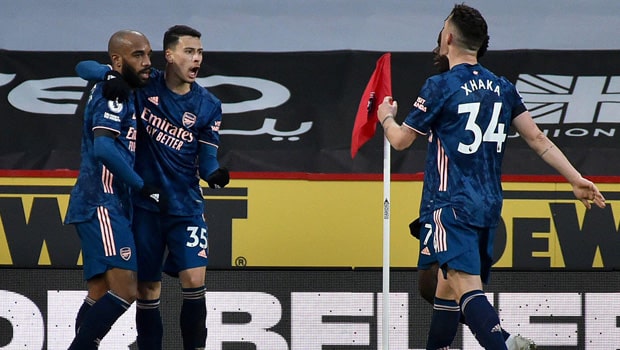 Spanish La Liga side Villarreal will face Premier League side Arsenal in the semi-finals of the UEFA Europa League, after they defeated Dynamo Zagreb 2-1 on Thursday evening to qualify for the next round 3-1 on aggregate.

The Yellow Submarines had won the first leg 1-0 in Croatia, beating the side that knocked out Tottenham on aggregate in the round of 16.

The La Liga side got into the lead in the 36th minute through Paco Alcacer with an assist from Nigerian winger Samuel Chukwueze.

Gerard Moreno made it 2-0 just before halftime and Mislav Orsic scored in the 74th minute to get one back for the Croatian side.

Mikel Arteta’s side drew 1-1 at the Emirates Stadium in the first leg last week after conceding a late equaliser.

However, in the second leg on Thursday evening, the Gunners took the lead through Nicolas Pepe in the 18th before Alexandre Lacazette’s penalty doubled their lead in the 21st minute and Bukayo Saka got the third in the 24th minute.

Arsenal’s last came in the 77th minute when Alexandre Lacazette’s finished from Nicolas Pepe’s assist to make this call for Saturday night and 5-1 on aggregate.

Meanwhile, La Liga’s other representative in the Europa League, Granada failed to get the needed result at Old Trafford against Manchester United, having lost 2-0 on the night.

A goal from Edinson Cavani in the first half and an own goal late in the stoppage time ensured that Manchester United won 4-0 on aggregate and they will now go on to face Roma in the semifinals.