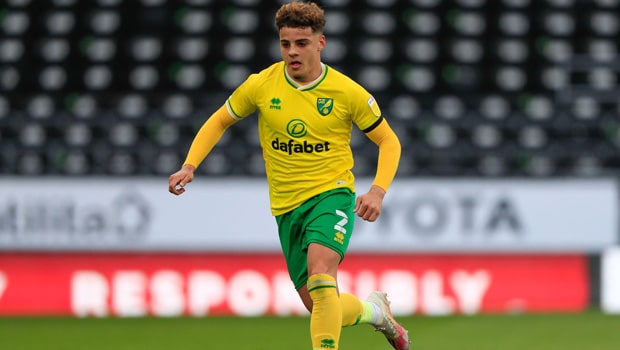 Norwich City Defender Max Aarons could be moving to Goodison Park and the summer if the reports making the round is anything to go by.

It was revealed that the English Under-21 International prefers a move to Everton amongst his many suitors.

The England Under-21 right back on the radar of England’s top clubs, including Manchester United, and the Canaries have revealed that the right-back could be sold for the right price even if they gain promotion into the Premier League.

If the Toffees want to get their man, they have to pay 30 million pounds for the England Under-21 International.

The 21-year-old has been very instrumental in the Canaries’ fight for promotion in the Championship, having played 40 of their 41 games this season.

Meanwhile, the team managed by Carlo Ancelotti believes they can get a deal off the track, having also signed Ben Godfrey from the Carrow Road last season when they got relegated from the Premier League.

Daniel Farke’s side already has 90 points from 41 matches and 8 points above second-placed Watford.

They will face Bournemouth next in their next championship match at the weekend on Saturday, and they will hope to continue their good run of form, which has seen them unbeaten since February 5th when they lost 2-0 to Swansea.

That is a run of 13 matches unbeaten with just 2 games ending in a draw  The Canaries have beaten 11 of those games with the exception of Preston away and Blackburn at the Carrow Road.

Bournemouth have been in a good run of form as well, winning their last four matches, but they’ve dropped the in the run for the automatic spot for promotion into the Premier League but are still in the Championship play-off spot.