Unai Emery: We can improve 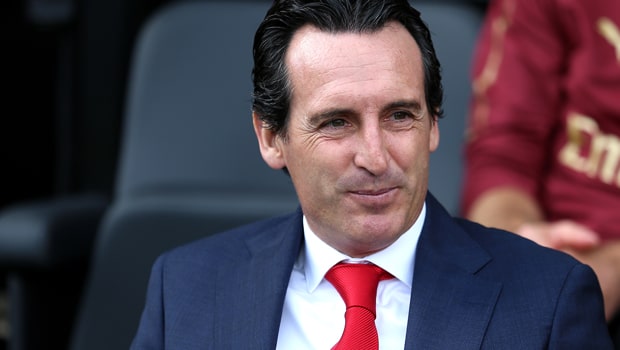 Arsenal manager Unai Emery insists his team have plenty of room for improvement ahead of the Monday night clash in the Premier League with Leicester City.

The Gunners started the campaign with back-to-back defeats to Manchester City and Chelsea but they have since made the perfect response.

Emery’s men have won their last nine games in all competitions and that form has lifted them up to fifth in the Premier League table.

They can climb as high as third if they get a resounding win on home soil against the Foxes and Emery believes his squad have plenty of work to do.

The former Sevilla man admits he is proud of his team but he believes they need to control games better going forward.

“Every match, every team has solutions and quality to give us problems, and Leicester is the same. Our success every day is work, continuing to work hard to improve these things.

“It’s competition. Here there are more competitive teams, and with the best players at Man City and Chelsea and Liverpool and Tottenham.

“Can we stay with them in the table? We are close but in two matches against them we lost and our challenge is to continue to find a performance for these different [games] to get closer to beating them.”

Arsenal are 1.53 favourites for Monday’s clash at the Emirates, the draw is 4.33 and Leicester are 6.00 outsiders.