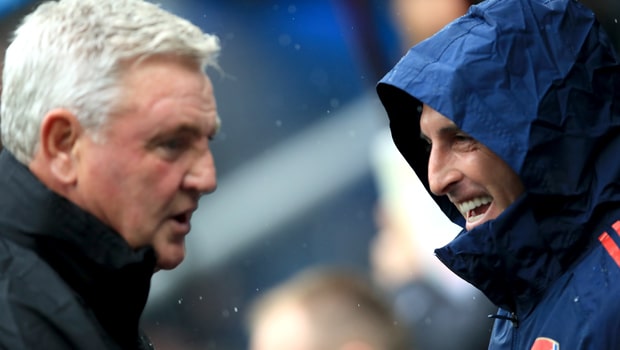 Arsenal may have laboured to a 1-0 win over Newcastle at a rain-soaked St James’ Park but the win was enough to keep manager Unai Emery content.

Pierre-Emerick Aubameyang scored the only goal of the game just before the hour as the Gunners boss handed debuts to Nicolas Pepe, Dani Ceballos and Gabriel Martinelli from the bench.

The Gunners kept just one clean sheet away from home all last season in the Premier League, but, with their narrow success over Newcastle, they have matched that tally on the opening weekend of the new season and Emery suggested he was pleased. “It’s a very good three points,” the Spaniard said.

“We played a very solid game and controlled the game, but we can improve more because, in the first half, for example, we lost a few balls in the middle and gifted them some chances.

“The second half was quite similar but we scored and that was a very important victory for our confidence because we played with some young players to give them a chance to improve, to give them minutes with us and I think competitive action is important.”

Academy products Reiss Nelson and Joe Willock both started, the first time Arsenal had named two English teenagers in their starting XI for a Premier League game since February 1998. Both merited their selections, according to the manager.

“They deserved it from pre-season,” he said. “Matteo Guendouzi also played a very solid game in the middle. “We need to work and play with every player. We need to give them chances and confidence but take every game seriously like we are doing.

“For us, we need to continue. We have some injuries, some players out and I want to have a big competitive squad for every match, and I think we are going to need that.”

Arsenal are 1.30 to make it two wins from two by overcoming Burnley at the Emirates on Saturday. The Gunners are 2.05 to finish in the top four this season.