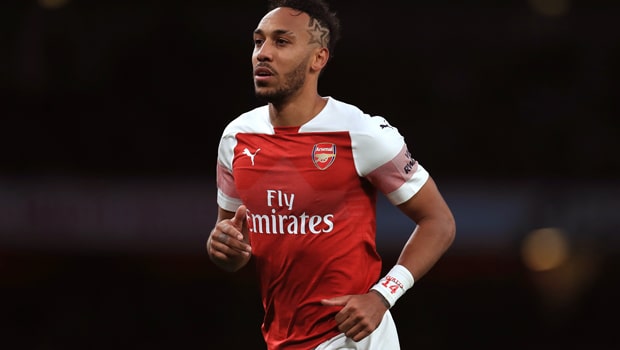 The former Borussia Dortmund man has fired out of the blocks and is the current top scorer in England’s top flight.

His brace in the 4-2 win over Tottenham moved him on to 10 for the season, while he also grabbed an assist in a thrilling game at the Emirates Stadium.

Aubameyang has now scored eight in his last seven matches in the league and Emery is confident he will continue to shine ahead of Wednesday’s trip to Old Trafford to take on Manchester United.

Emery told reporters: “I want him to continue improving and his challenge is also collective and individual.

“I want his challenge to be that he has the opportunity to be the best scorer in the Premier League. We want to help him achieve this and that is because, if he is scoring, he is helping us.”

The Gabon international, who has been used in a variety of different positions for Arsenal this season, led the line against Spurs and Emery was impressed with his display.

“In his career he has played as a winger on the right, on the left and like a striker,” Emery added.

“He [has] played with two strikers. I use him in every position for us. And sometimes his best performance is starting the match on the bench and then playing 20 or 25 minutes. In the last two matches he has had a very big performance, working and scoring.

“I want to say to him and also to everyone: ‘don’t stop, continue with this commitment every match.'”