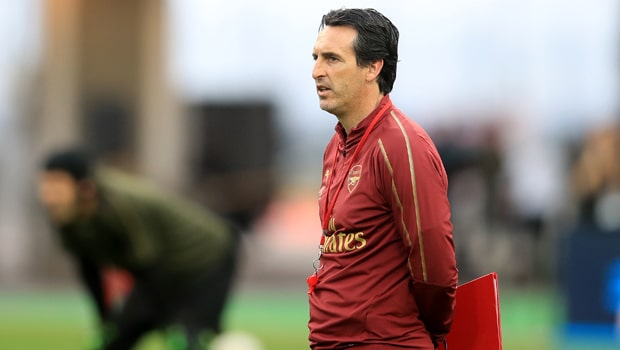 Arsenal boss Unai Emery says his side’s main priority is winning the trophy ahead of Wednesday’s Europa League final showdown with Chelsea in Baku – rather than qualifying for the Champions League.

The Gunners missed out on a top-four finish in the Premier League and need to win the Europa League if they are to compete in Europe’s elite tournament next season.

Chelsea came in third and as such have already secured their place in the Champions League, but Emery rejected any suggestion there is greater pressure on Arsenal going into the final.

“There are two targets here but the most important target for us is to win a title,” he told reporters. “The second target is to help us to achieve the Champions League.”

He added: “Each title is very important for us, and for Chelsea too. We want to enjoy this moment, for our fans and also for ourselves.

Emery also stressed he would have no issue with starting keeper Petr Cech against his former club in Baku.

Cech has confirmed he will retire at the end of the season and has been tipped to take up a role at Stamford Bridge, but Emery says those reports will not influence his decision.

He said: “He can start or not start, I have to decide, but he deserves trust because his career says to us he is a gentleman. “Really, how can we not believe in him?”