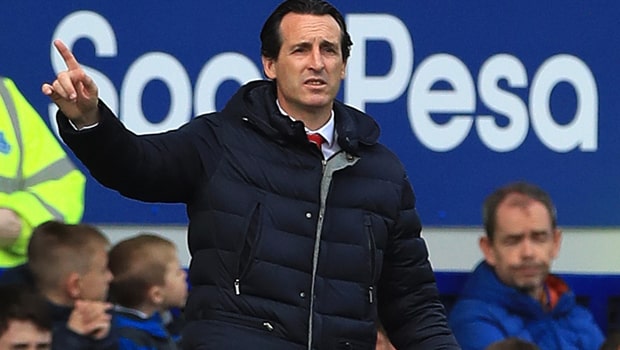 Arsenal coach Unai Emery has piled the praise on Pierre-Emerick Aubameyang and Alexandre Lacazette, by claiming they are among the best strikers he has worked with.

The Gunners pair have helped Arsenal challenge for the top four this season, even though they have often been played in different positions.

Emery has often gone with one striker or played Aubameyang on the left of midfield. However, they have collectively scoring 37 goals in all competitions for the Gunners.

The former Sevilla boss has previously worked with the likes of David Villa, Kylian Mbappe, Edinson Cavani and Neymar during his managerial career and the tactician believes his current forwards are among the best he has coached.

He said: “I had at Valencia, Villa and (Fernando) Morientes; (Roberto) Soldado and (Aritz) Aduriz.

“I had at Sevilla (Kevin) Gameiro and (Carlos) Bacca. I had at Paris Saint-Germain, Cavani and Mbappe. Here I have Aubameyang and ‘Laca’. It’s perfect.

“Each striker has his qualities and characteristics but one is similar. They are strikers and score a lot of goals. All of them.

“We need a lot of good passes, good crosses, to give them the best option to score in the box. We can be proud that both are with us.”

Aubameyang is currently in the running for the Premier League Golden Boot award and punters can back him to win the trophy at odds of 7.50.