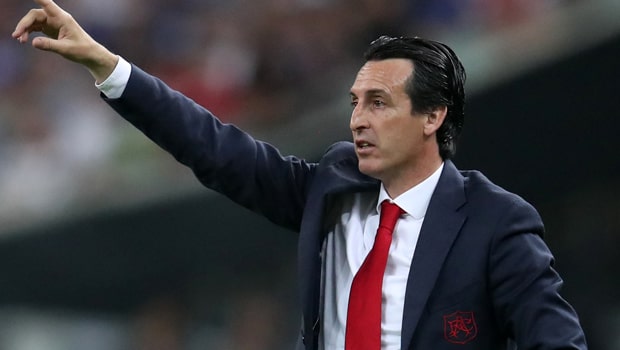 Unai Emery says Liverpool have an “advantage” over Arsenal going into Saturday’s clash at Anfield. Jurgen Klopp’s side dished out a 5-1 hammering when the Gunners visited Merseyside in December.

The Reds have scored 20 goals in six games against Arsenal of late and are unbeaten in that sequence. Last year’s Premier League runners-up have taken six points from two games against Norwich and Southampton, while Arsenal have beaten Newcastle and Burnley this term.

Emery know this represents the first big test of his second season as Arsenal boss, and, while the Spaniard vows to learn from past defeats, he concedes Liverpool hold the aces going into Saturday. “Each season is different,” said Emery, when asked about how he can avoid a repeat of last season.

“We can use last year two, three, four years ago. Anfield is a big atmosphere, they are a very good team, they have an advantage over us for their progress and in their moments in last years.

“They have one step more feeling strong. But it’s not for us, it’s for all. We need to take our best performance, to go there with good feeling thinking we can achieve that individual and collective performance. “We are looking to go there and show that.”

Arsenal are sweating on the fitness of Mesut Ozil and Granit Xhaka, with Emery expected to make a late call on their inclusion, but he appears hopeful that at least one of them can figure. “I’m positive with some players, but I don’t want to decide [now] or say to you [now] because tomorrow things may change,” he added.