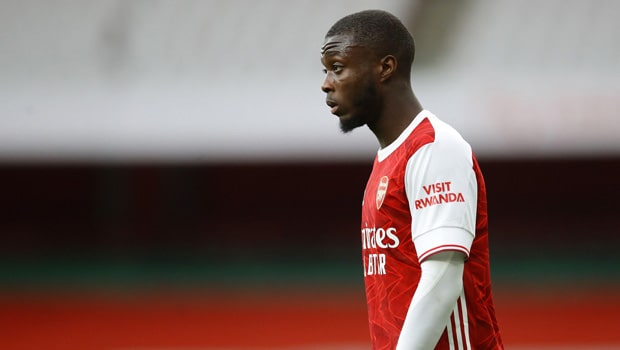 Arsenal secured a 3-1 away win over Crystal Palace at the Selhurst Park on Wednesday evening in Roy Hodgson’s farewell game in front of limited home fans.

the English manager has spent four years at the club and earlier this week, at last, is a departure from Selhurst Park.

The Gunners still have a slim chance of making the UEFA Europa League and a win their last two games, starting with Palace, which may do that depending on the results from other centers.

The Gunners took the lead in the 35th minute of the game but the home side equalized through Christian Benteke in the 62nd minute.

However, just when the game was headed for a draw, Brazilian youngster Gabriel Martinelli then scored in the 91st minute before Nicolas Pepe added another deep into stoppage time to hand Arsenal the 3-1 win.

The result helped Arsenal’s chances of making the UEFA Europa League especially as Tottenham Hotspur were defeated 2-1 at home by Aston Villa.

Spurs had taken the lead as early as the 8th minute through Steven Bergwijn but an own goal by Sergio Reguilon in the 20th minute and an Ollie Watkins strike 6 minutes from halftime sealed the job.

With one round of matches left, Arsenal is just one point behind the seventh-placed Spurs and two points behind Westham in the sixth position in the European places.

The win puts Liverpool in the fourth position as Leicester City dropped to 5th with both teams in 66 points each.