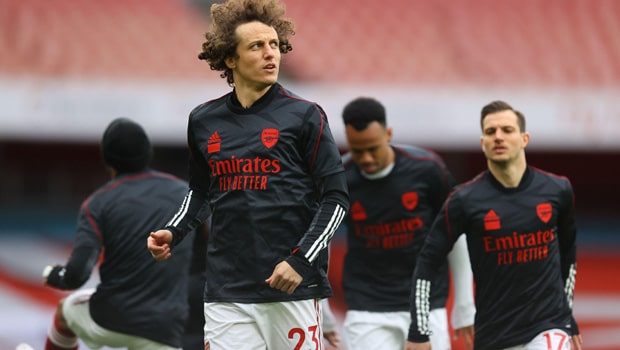 Arsenal defender David Luiz has revealed that the Gunners still stand a good chance at making the top four despite being ten points behind the top four spots.

The Brazilian made the statements at the back of the Gunners’ 2-1 win over Tottenham in the North London Derby on Sunday in the Premier League.

Erik Pamela opened the scoring for the Spurs before Arsenal equalized through Real Madrid’s on-loan midfielder Martin Odegaard before halftime.

Alexander Lacazette won the game from the penalty spot and make it four wins and a draw in five matches.

That puts them in the tenth position with 41 points, four behind Spurs who sit in 8th position, and seven points behind fifth-placed West Ham United.

The Gunners have just 10 more games this season to secure a UEFA Champions League spot but it’s looking more like winning the UEFA Europa League is the only route back to Europe next season for Mikel Arteta’s men.

Irrespective of how daunting it seems for the Gunners, who are on the verge of a quarter-final spot in the UEFA Europa League with a 3-1 first-leg win against Olympiacos, Luiz believes the team can continue the winning streak to get into the top four.

The Gunners face Olympiacos in the second leg of the UEFA Europa League round of 16 clash on Thursday before facing West Ham in the Premier League at the weekend in another London Derby.

Arsenal will host Liverpool after the international break in March with both teams hoping to secure European places.

That will be followed by fixtures against Everton and Chelsea.