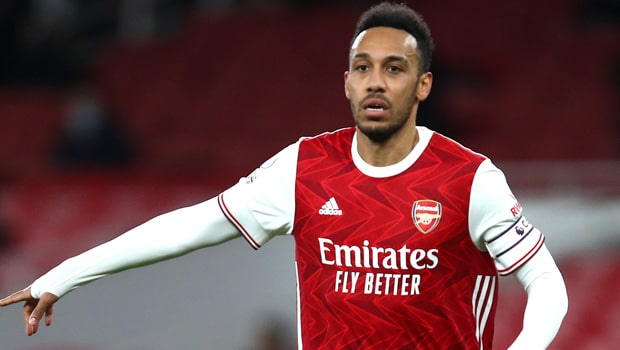 Pierre Emeric Aubameyang scored a brace, the second being a late winner as Arsenal defeated Benfica 3-2 to move into the next round of the Uefa Europa League on Thursday at the Emirates Stadium.

The Gunners were held to a 1-1 draw in the first leg in Portugal last week, with Bukayo Saka’s goal canceling Pizzi’s penalty.

Diogo Goncalves equalized for the Portuguese just before halftime with a fantastic free-kick. Rafa Silva gave the visitors the lead in the 61st minute, but Kieran Tierney leveled the scores six minutes later.

A 2-2 draw would have seen Benfica through on away goals rule, but Pierre Emeric Aubameyang knew the implications and had other plans.

He slotted in a Bukayo Saka’s pass with 3 minutes left on the clock to deny the Portuguese the needed result.

Arsenal played the return leg at the Karaiskakis Stadium in Greece instead of the Emirates stadium because of COVID-19 restrictions.

Mikel Arteta’s men will know their round of 16 opponents on Friday (today) when the draws are made in Nyon.

In other matches played, Scottish side Rangers defeated Belgian side Antwerp 5-2 in Scotland winning the tie 9-5 on aggregate.

Leicester City crashed out after losing 2-0 to Czech side Slavia Praha at the King Power stadium.

Manchester United drew 0-0 at Old Trafford but progressed 4-0 on aggregate after winning the first leg 4-0.

The Italian side, Napoli, defeated Granada 2-1 in Naples but failed to progress as their 2-0 loss in the first leg in Spain means they crash out 3-2 on aggregate.

Dutch side Ajax Amsterdam defeated french side Lille 2-1 to progress 4-2 on aggregate.