Gunners must ‘convince’ with away form 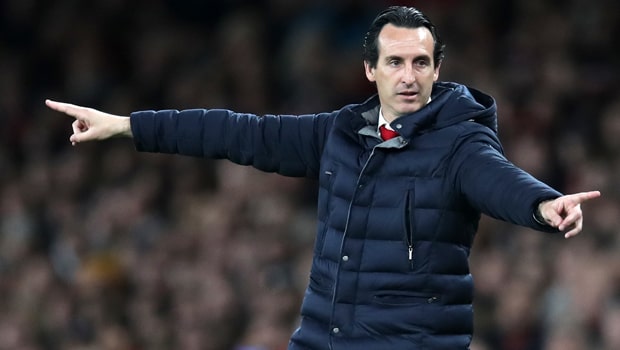 Unai Emery says Arsenal’s hopes of finishing in the Premier League’s top four will come down to their ability to win games away from home.

The Gunners overcame Newcastle at the Emirates on Monday, with goals from Aaron Ramsey and Alexandre Lacazette recording their 10th successive league win on their own patch.

It was enough to leapfrog neighbours Tottenham for the first time this season and sees Arsenal sitting in third spot.

However, just three points separate the Gunners, Spurs, Manchester United and Chelsea as the battle for the Champions League spots looks like going down to the wire. Arsenal are away from the Emirates for five of the seven games they have left and their manager is expecting a tough challenge.

“We need to convince people that we can be consistent away. “The opposition is going to demand us to get a lot of points at the end of the season and I am only going to think of the next match.

Next up is Everton at Goodison Park on Sunday and that must be the sole focus now for the Arsenal boss as he looks to secure a Champions League return at the end of his first season in charge.

“[This was] an important victory and it’s important to take this confidence and this position on the table,” Emery added.

“But I know Sunday is a big challenge and a very good challenge because each match is so hard in the Premier League.”