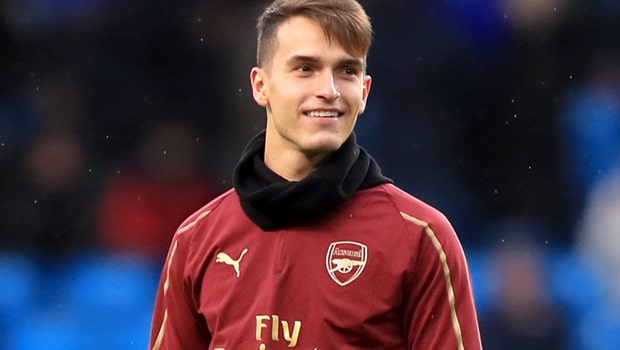 Denis Suarez wants to help Arsenal and manager Unai Emery win the Europa League during his loan move from Barcelona.

The playmaker joined the Gunners on deadline day after agreeing to a loan until the end of the season and wants to ensure his time in north London is a success.

The 25-year-old played under Arsenal head coach Emery while on loan at Sevilla in the 2014/15 season, with the La Liga side lifting the Europa League trophy after defeating Dnipro 3-2 in the final.

He was only on the bench that night, but Suarez played his part in helping Sevilla reach the decider and he has a similar aspiration, amongst other things, for his stint with Arsenal.

“I’ve come here to play as much as possible and try to help the team qualify for the Champions League,” he told the Arsenal website.

“I’d like to win the Europa League with Arsenal too – why not? It’s a trophy I won under Unai Emery at Sevilla and I’d love to win it again here.”

Arsenal are 7.00 to win the Europa League this season. Arsenal have the option to make the move permanent in the summer and, according to Suarez, linking up with Emery again is something he has been targeting for a while now.

“I’m very pleased to be here and to be joining Arsenal. I’ve been pushing hard to come here. I’m finally here now and I’m really pleased,” he added.

“I have a very good relationship with him [Emery]. “I think he’s a very demanding coach and one of the best coaches in the world right now – I’ve been saying that for a while.

“I’m really happy to have the chance to work with him again and I hope that the rest of the season is successful for me and the club.”

Suarez could make his debut on Sunday at Manchester City, a club where he spent time a young player.

Arsenal are 9.50 to win at the Etihad Stadium, while Pep Guardiola’s men are 1.33 to bounce back from their midweek loss at Newcastle with a win and the draw is 6.00.