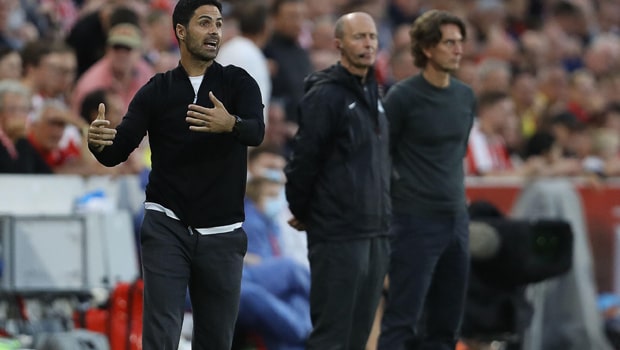 The Gunners started the season with a 2-0 loss to Brentford last week before losing 2-0 to Chelsea in the London derby on Sunday at the Emirates stadium.

Romelu Lakuku and Reece Jame’s first half goals were enough to secure the win for the blues in the first half of the game.

The game ended with Arsenal failing to score in their second consecutive game of the season.

Arteta revealed his frustration just as the Gunners faithful after the game.

“I don’t think the club in their history have faced something like this, We have to face the challenge. The league or table is not decided in August. The worst thing you can do is throw in the towel. We certainly are not going to do that.” Arteta said.

Arsenal have been with a combination of injury worries and covid infections which has seen Pierre Emerick Aubameyang and Alex Lacazzette missing the first game of the season against Brentford.

£50Million signing from Brighton Ben White also missed the second game against Chelsea on Sunday due to covid.

Thomas Partey, Eddie Nketiah and Gabriel are all injured for Mikel Arteta side.

The Gunners will face West Brom in the EFL Cup midweek before traveling to the Etihad stadium to face Manchester City in the premier league.

The defending champions have won one and lost one of their two games in the League games this season.