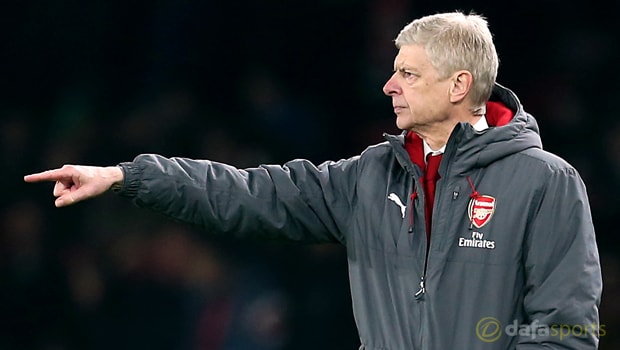 Arsene Wenger is hoping Arsenal can claim revenge over Liverpool when the two teams meet at the Emirates Stadium on Friday.

The Gunners were beaten 4-0 when the two teams met at Anfield earlier in the season, with Roberto Firmino, Sadio Mane, Mohamed Salah and Daniel Sturridge scoring during what was a rampant Liverpool performance.

Arsenal now have the opportunity to right the wrongs from that defeat on Friday and Wenger knows his side must seize that chance.

“When you have such a long career as I have, you have some defeats unfortunately that hurt you for the rest of your life,” he said.

“I believe what is interesting in football is you always have a time to make up for it. When you can put things right, do it.”

The Frenchman admits his side must hit the ground running against the Merseysiders, who will head into the match a point and a place above them in the standings, but he insists confidence is high within the Gunners camp, following a run one defeat in their last eight matches in all competitions.

He added: “The motivation is there. This squad has a good mentality and it is about us, to make sure we are on top of our game. We must play with pace and a determined attitude.”

Arsenal have failed to win any of their last five meetings with Liverpool, losing the previous three, but they are priced at 2.40 to end that run on Friday, while Jurgen Klopp’s side are available at 2.80 and the draw is on offer at 3.60.