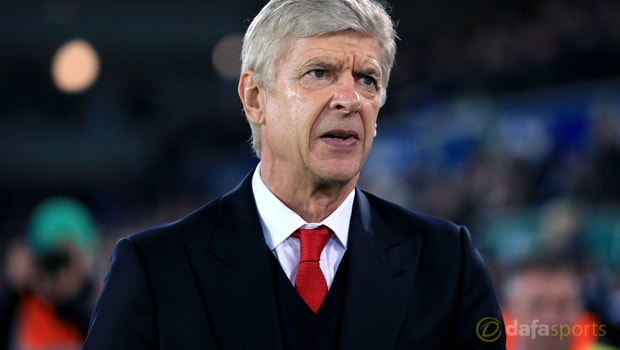 Arsene Wenger has put pen-to-paper on a new two-year contract just four days after winning the FA Cup final for a record 13th time, ending the long running saga over his future at the club.

Wenger’s position has come under huge scrutiny this season and there had been doubts over his future after the club once again failed to mount a serious challenge for the Premier League title.

The Gunners finished fifth in the league, missing out on Europe’s top competition, were knocked out of the Champions League this year at the last-16 stage after an embarrassing 10-2 aggregate defeat to Bayern Munich and exited the EFL Cup in the quarter-finals.

With the Frenchman’s previous contract expiring at the end of June, there were several reports suggesting the club would not renew his deal after the disappointing campaign.

Juventus boss Massimiliano Allegri was linked with a move, while Thomas Tuchel, who resigned as Borussia Dortmund manager on Tuesday, was also believed to be a potential candidate to succeed Wenger.

However, the 2-1 FA Cup final victory over Chelsea last Saturday has appears to have enough to earn the 67-year-old an extended stay at the Emirates with official confirmation of the deal coming on Wednesday.

The new agreement does not include a break clause and, should Wenger see out the next two seasons, he will extend his reign at the Gunners to 23 years.

Arsenal are expected to invest heavily in their squad this summer and they will be hoping Chile international Alexis Sanchez agrees fresh terms now the managerial situation is decided.

The FA Cup holders missed out on the top-four this season but they are priced at 2.00 to put that record straight next term, whilst they are 13.00 to win the Premier League.