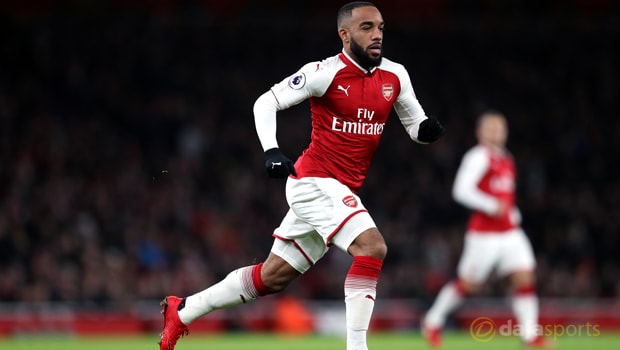 Lacazette, who arrived from Lyon last summer for around £50million, has taken some time to adapt to the English game but has still managed to score nine Premier League goals from 26 appearances.

However, the France international, who is aiming for a place in Didier Deschamps’ World Cup squad, was recently struck down with a knee problem and it was thought he would be out of action for around six weeks.

Fortunately, the Gunners acquired the services of Borussia Dortmund’s Pierre-Emerick Aubameyang on deadline day last month and he has been first choice since arriving at the Emirates.

Lacazette has since undergone a successful operation in a bid to fix the knee issue and Wenger, who recently vowed to see out the rest of his contract, says the early recovery signs are positive.

“Lacazette is doing well,” he said at a press conference. “He could be ahead of the planned recovery, maybe three-and-a-half weeks, four weeks, but overall he is doing well.”

Lacazette could be back in action at the start of April and getting some minutes before the end of the season could be crucial to his World Cup chances.

Arsenal are back in action on Sunday when they take on Manchester City in the League Cup final and the Gunners are 5.50 to win in 90 minutes.

The draw is priced at 4.33 whilst the Citizens, who suffered a shock 1-0 loss to Wigan last time out, are firm 1.60 favourites.