Arsenal plan to sign Norwich star Buendia in the summer 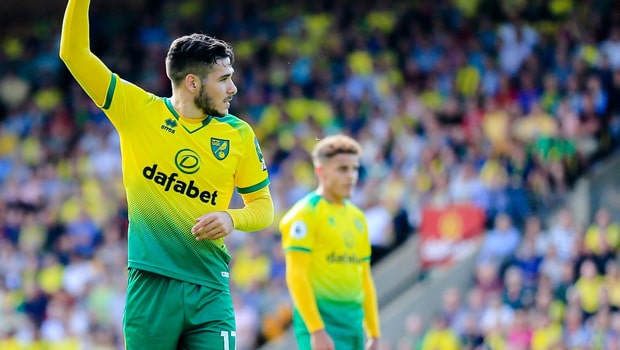 Arsenal are planning to make an offer for Norwich City midfielder Emiliano Buendia when the transfer window reopens in the summer.

Recent reports claim that the Gunners are preparing a bid for Buendia in the summer transfer window. Mikel Arteta has keen on bringing the playmaker to the North London club. Arsenal were intent on his signature during the January transfer window but was told to back off by the Canaries, as they said that he wasn’t for sale at any price.

Emiliano Buendia is one of the many amazing players at Norwich City who are being scouted by top clubs. Others include Todd Cantwell and Max Aarons. Buendia is said to be valued at about £40 million, but it remains to be seen what Arsenal will offer as their opening bid.

The 24-year-old Argentine has scored 10 goals and claimed 12 assists this 2020/21 season, and interest in his signature is going to be fierce in the summer. He is also among the players with the most chances created in the Championship this season.

During the 2019/20 campaign in which Norwich City spent in the English topflight, Buendia was not able to help Norwich avoid relegation from the Premier League, but he did manage eight assists and also gave a  good account of himself.

Arsenal manager Mikel Arteta is believed to be a huge fan of Emiliano Buendia and would be glad to have him in his squad for next season.

The Spaniard coach is slowly progressing in his squad rebuilding process, and Buendia’s creativity could make him useful in Arteta’s plans. His versatility in attack makes him a nice prospect for Arsenal, and his arrival could prove to be an exciting one.

Norwich are currently 10 points clear at the top of the Championship this season and are most likely to gain promotion to the English Premier League.

Nonetheless, their promotion might not be able to help them keep Buendia at the club during the summer window.