Arsenal captain Per Mertesacker keen to give Alexandre Lacazette time 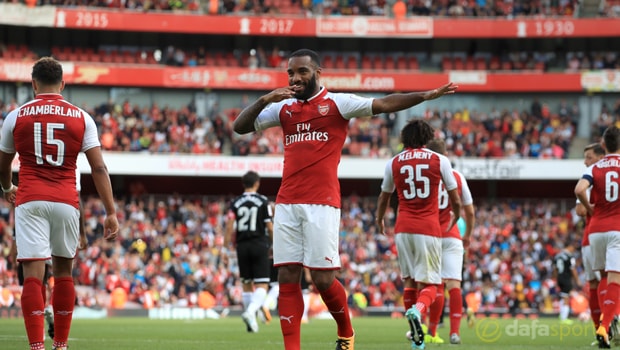 Arsenal captain Per Mertesacker has warned it could take time for Alexandre Lacazette to adapt to the rigours of English football.

While much of the summer has concerned the debate over Alexis Sanchez’s future at the Emirates, Lacazette’s signing from Lyon was wrapped-up fairly quickly after years of rumours linking him with a move to the club.

The 26-year-old arrives in north London with a substantial reputation for scoring goals and although more than simply a poacher, he is being talked up as the man to give the Gunners a more lethal edge in the box.

Having spent his entire career to date with his hometown club, it remains to be seen how long it will take the France international, who is 9.00 to top the scoring charts, to settle into Arsene Wenger’s system.

The new arrival will be hoping to make his debut on the opening Friday of the season when Arsenal take on Leicester in a game they are 1.40 to win, with the draw 4.75 and the Foxes at 11.00.

Mertesacker himself took a while to adapt to the Premier League but despite injuries limiting his playing time in recent years, he was previously amongst the division’s most impressive defenders.

The German World Cup winner says the squad are willing to give Lacazette time to adjust as they know it could be crucial to bringing the best out of him.

“It’s a huge step for him,” Mertesacker said. “He has played well in France and has a good reputation for goalscoring.

It takes time, it’s not easy. We’ll try to make him as comfortable as possible. But he needs to work hard.”