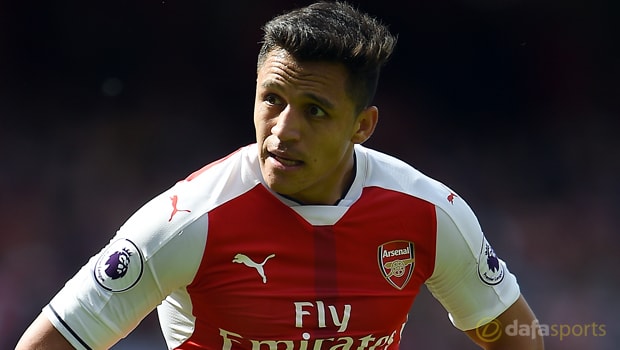 Arsenal forward Alexis Sanchez insists his target is to win the Champions League but he will allow the club to decide his future this summer.

The Chile international has been linked with the exit door throughout the summer after the Gunners failed to finish in the top four.

Although Arsenal won the FA Cup, their failure to qualify for the Champions League has led to further speculation around Sanchez’s future.

Both Bayern Munich and Manchester City were preparing bids, even though boss Arsene Wenger claimed he was staying put last week.

Sanchez has yet to sign a new contract at the Emirates but he now claims the club will decide his next career move.

He told Chile’s Radio Sport: “I have made my decision, but now the decision has to be taken by Arsenal.

“It depends on them. I have to wait to know what they want. My idea is to play and win the Champions League. It’s a dream I have had since I was little.”

Midfielder Jack Wilshere has also been linked with a move, with Sampdoria believed to be planning a bid, but Wenger is expecting him to stay for the upcoming campaign.

He said: “I think Jack will be with Arsenal next season, yes. I will give you a very focused answer on that; that he has to work hard to come back and fight for a place in the team.

“But once he is ready, when he comes back, he will not be far from practising with the team.”

Wenger will be hoping that both stay put and try help the club win the Premier League title, for which they can be backed to do at odds of 13.00.