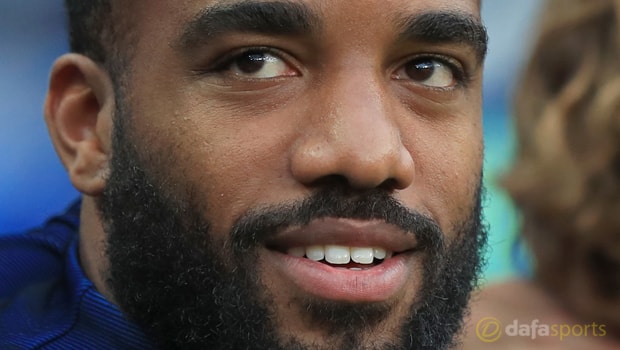 Former Arsenal defender Nigel Winterburn feels completing a deal to bring Alexandre Lacazette to the Emirates may assist the club in their bid to keep Alexis Sanchez.

Lacazette was widely reported to have completed a medical ahead of a £52million switch from Lyon on Tuesday.

Chilean forward Sanchez meanwhile has only 12 months left on his Arsenal contract.

The player stated earlier this summer that he had already made up his mind on his future, though the former Barcelona man did not reveal whether or not it involved staying in north London.

Winterburn, who won three league titles and multiple cups during a decorated Gunners career, feels the ambition being shown by the club’s hierarchy in securing Lacazette might have an impact on what Sanchez does.

“I hope the Lacazette deal leaves [Sanchez] at the club. He can play on the left, up front or in the hole,” he told Sky Sports.

The ex-England international suggested Wenger will be plugging one of the gaps in his squad that has stopped them being title contenders, but he warns that bringing in Lacazette cannot be taken as an opportunity to allow fellow French international Olivier Giroud to move on.

“I think it was obvious to Arsenal fans and to Arsene Wenger that one of those areas to strengthen is the centre forward position”, Winterburn added.

“I am hoping Giroud will stay, I still feel he is valuable to the team as well. Arsenal know they need quality to help them challenge for the title.”