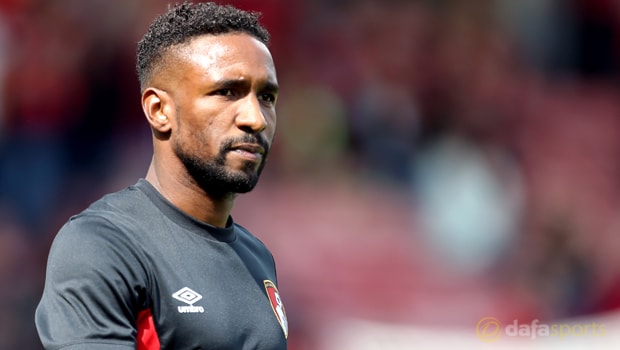 Jermain Defoe insists Bournemouth have enough quality to avoid relegation from the Premier League, despite their poor start to the campaign.

The Cherries have picked up no points from their opening three Premier League fixtures this term, having lost to West Brom and Watford before suffering another defeat against Manchester City, albeit conceding the winner deep in stoppage time after an improved performance, last weekend.

Bournemouth, who are priced at 3.25 to be relegated, were on course to claim a first point of the campaign against City until Raheem Sterling broke their hearts with a 97th-minute strike at the Vitality Stadium.

Eddie Howe’s side currently sit inside the relegation zone with only Crystal Palace and bottom-of-the-table West Ham below them due to a worse goal difference.

Despite their slow start, Defoe, who joined Bournemouth over the summer, believes they still have more than enough quality to retain their place in the top tier of English football.

It’s so early to call but from what I’ve seen since I have been there we’ll be fine.”

The England international has yet to play a full 90 minutes for his new club but he insists he is not concerned about a lack of action and admits he still needs to get up to full fitness.

He added: “I don’t think he [Eddie Howe] needs to speak to me about how he is going to use me. “It’s football and you never know from one week to the next how things are going to change.

“The reason why I missed the first two games was just a case of getting my fitness up.

I missed the last two pre-season games as I’m just trying to get to the same level as the other lads.”