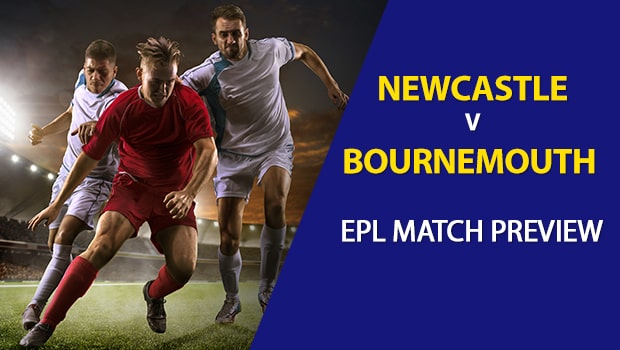 Newcastle looks to build on last week’s home win vs Manchester United as they get set to host AFC Bournemouth this Saturday afternoon.

Clean Sheets: Bournemouth are No. 5 in the league with 3 clean sheets recorded so far.

Limited Passing: Newcastle is dead last in the league in overall passes completed.

Head-to-Head: These two sides last matched up in Premier League action back on March 16, 2019 when they finished in a 2-2 draw.

For Bournemouth, Callum Wilson has a 34 percent chance to score. He averages 1.4 shots overall per sim, 0.73 shots on goal per and 0.42 goals per sim.

For Newcastle, Jonjo Shelvey has a 16 percent chance to score. Shelvey averages 1.13 shots overall per sim, 0.43 shots on goal per and 0.18 goals per sim.

Four-star (out of four) hot trend pick here. Bournemouth wins more simulated matchups than does Newcastle. Average score in sims is 1.36 – 0.97, in favor of Bournemouth.