Posted by Akinnifesi Olumide on November 8, 2022 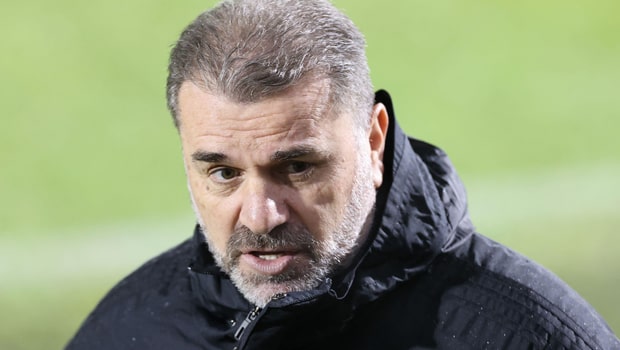 Celtic manager Ange Postecoglou has showered praise on forward Sead Haksabanovic following a series of convincing performances, with his recent coming from the 4-2 victory over Dundee United.

Before joining the Celts, the Montenegro international looked rusty, which was understandable because of the lack of proper pre-season preparations. However, it looks like the time has come for the forward to settle in well, as he is beginning to show flashes of brilliance in Celtic colors.

There has been increased in-game time with more improvements, which has made the gaffer speculate a rapid rise in form for the player by the second half of the season.

The 23- year old versatility in both the wing and attacking midfield positions makes him one of the most efficient tools at Ange’s disposal. More goals from Haksabanovic will usher more confidence in months to come as Celtic look to retain the SPFL title.

“Sead is a great guy who works hard a lot in training. At first, it was quite difficult, but I think he is beginning to find his feet, and hopefully, there will be more in the second part of the campaign.” He said.

Postecoglou further stressed the technical gifts possessed by the striker, which he believes will give him a wide range of options across the frontline.

With plenty of competition in the current squad and over seven players fighting for a starting berth, the combination of goals from these players has been over 35, with Haksabanovic the latest to add to the tally.

The coming World cup break could be more helpful as there will be plenty of time for the striker to work closely with the manager during training, as games will come thick and fast in the new year.

Celtic currently lead the SPFL log with 36 points, seven ahead of rival Rangers, who are second in the standings. The Hoops will look to widen the gap as they travel to Fir Park to face Motherwell on Wednesday evening.