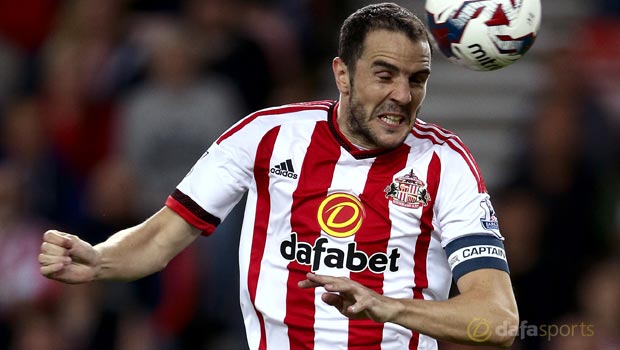 The north east outfit have played some good football at times this season but as of yet results have not gone the way of manager Dick Advocaat and his men at the Stadium of Light.

A 1-0 defeat to Tottenham Hotspur in their last outing was a prime example in Sunderland not getting the rewards for their efforts.

A Ryan Mason goal was the difference last Sunday but the hosts at the Stadium of Light were unfortunate not to get at least a point, with striker Jermain Defoe squandering a one-on-one chance to hit the post before Jack Rodwell also struck the woodwork.

O’Shea, who will be part of the defence to face Bournemouth on Saturday, feels victories are just round the corner but until the wins start coming, it’s hard to talk up how much he believes the team are moving in the right direction this season.

He told the Sunderland Echo: “Ultimately we need to get points on the board and our next chance is Bournemouth.

“Yes, performances have improved, but we didn’t even get a point against Spurs when we were hoping for three.

“If we can get three points at Bournemouth, you don’t forget the start of the season – because we know it wasn’t good enough – but then it can start to give us some consistency hopefully.

“If we can keep improving defensively, then hopefully the results come.”