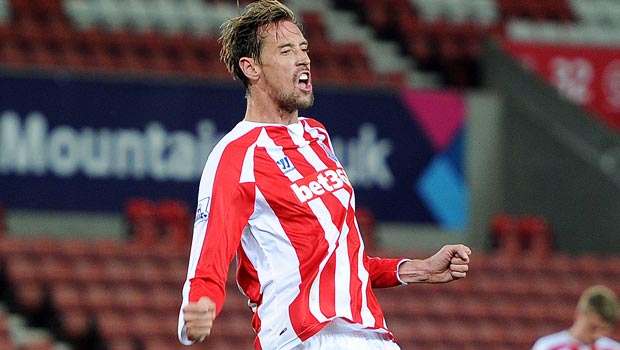 Southampton set up a League Cup quarter-final clash with League One outfit Sheffield United, after they beat Stoke City in a five-goal thriller at the Britannia Stadium.

The two sides had faced each other as recently as last weekend when they met at St Mary’s in the Premier League. This time though, it was the Potters who had the honour of playing host.

Italian forward Graziano Pelle continued his fine goalscoring run when he opened the scoring with a curling effort just six minutes into the match.

Shane Long grabbed his first goal for the south-coast side on the half an hour mark to give the Saints a two goal lead at the interval.

The deciding moment in the game came when Substitute Peter Crouch was sent-off, after having only been on the pitch for 15 minutes.

The former Saints striker collected two yellow cards in as many minutes, meaning he will miss his side’s tie with West Ham United on Saturday, and subsequently gave away the free-kick which led to Graziano Pelle’s second goal of the night. The summer signing from Feyenoord now has nine goals in 12 appearances.

Southampton have now recorded nine wins from their last ten games, scoring 28 goals in the process, and face Hull City on Saturday afternoon. The Saints are 2.03 to come away from the KC with all three points.

For Stoke, however, it’s a very different story with three wins from ten, and face a tough test this weekend as they take on the in-form West Ham United at home. The Potters are at 2.36 to beat the Hammers.