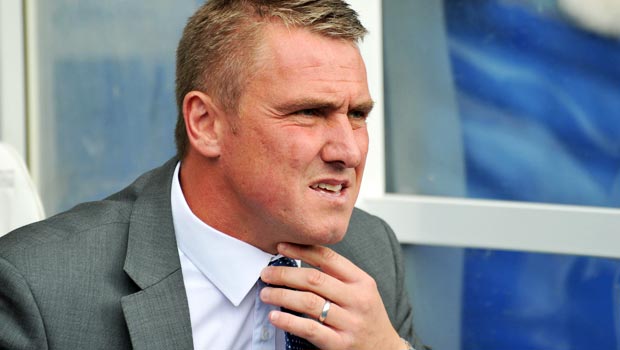 Blackpool have appointed Lee Clark as their new manager following the sacking of Jose Riga on Monday.

The 42-year-old takes charge at the Seasiders just ten days after losing his job at Birmingham City, and says that his key task is to keep his new club in the division.

He said: “The main objective is to try and keep the club in the Championship and build from there.

“It is a big challenge because of our position in the league, but it’s a challenge that can be overcome.

“I’m very confident with the players I’ve got here, in what we can do going forward, that we can achieve those goals.”

He then took over at Birmingham where he guided the Blues to 12th place finish in his first season, but then narrowly avoided relegation on the final day of last term.

He was sacked at St Andrew’s after a disappointing start to the season left the Blues 23rd in the Championship.

Blackpool Chairman Karl Oyston said of the appointment: “We needed someone with experience of the Championship and that’s what Lee brings to the club.

“Lee’s done remarkably well in a difficult background at Birmingham.

“We needed someone to come in and organise us properly and bring in the structure, approach and positivity that we’ve been lacking.”

Clark’s first game in charge comes at home against Ipswich on Saturday, with the Tangerines 3.64 to grab the win.