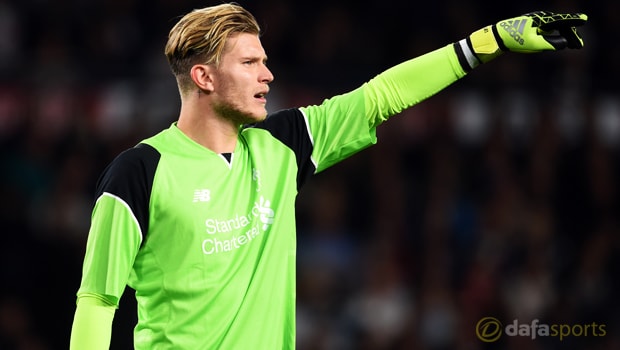 The German arrived at Anfield in the summer from Bundesliga side Mainz for £5million and overcame an early injury to establish himself as the club’s first choice ahead of Simon Mignolet.

However, he has struggled for consistency and is yet to truly convince since taking over the gloves.

Arguably Karius’ worst performance came at Bournemouth on Sunday, as after a string of nervy moments, he spilled Steve Cook’s stoppage time shot at the feet of Nathan Ake who bundled home to give the Cherries a surprise 4-3 win.

At 23, he still has time on his side but the Premier League is an unforgiving place and any future errors will not go unnoticed, especially with Liverpool well and truly in this season’s title race.

Reina spent almost a decade on Merseyside and during his time at the club, improved enough to become one of the world’s best goalkeepers.

The 34-year-old currently plays at Napoli but still keeps an eye out for his former side’s fortunes.

He has now come out in defence of his fellow goalkeeper, insisting he has the talent to succeed, while also urging those around him to do more.

“I think he doesn’t need any encouragement. I think he’s a brilliant goalkeeper who is doing really well,” he told ITV Sport.

“It’s a team, you know, that also at times has to do better for the goalkeeper.”

Liverpool face West Ham on Sunday, a game they are the heavy 1.29 favourites to win, with the draw 5.50 and the struggling Hammers priced at 10.00 to take the points.