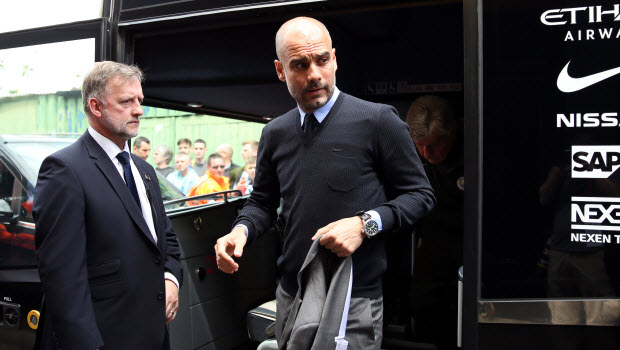 Pep Guardiola says he is keen to keep adding to his Manchester City squad in a bid to “refresh” the spirit at the club.

The Spaniard enjoyed a relatively mediocre first season in England, only managing to guide City to a third-place finish in the Premier League.

And now, having had a year to assess the players available to him, he has set about strengthening in the areas required. Goalkeeper Ederson and right-back Kyle Walker have both arrived at the Etihad, as has playmaker Bernardo Silva.

Extra defensive additions are expected, with a deal for Real Madrid’s Danilo believed to be close. More important to Guardiola appears to be building a togetherness within the camp, with very few of those who won the Premier League in both 2012 and 2014 still at the club.

Pep concedes he has enquired about a number of players around the game but is keen to find the right type of personality who can buy into the squad ethic he wants to build.

City have earned a reputation for a somewhat scattergun approach to signings in recent years, with their lack of investment in certain areas starting to show through.

The boss is trying to arrest that slide, insisting that he only wants to buy players who will not only improve the squad now, but also help build something special for the future.

He said: “We need that, refresh with the spirit of the new players. It is good for them, for the old players like Vincent (Kompany) and the other ones here in the club.

“It is going to help us to rebuild a little bit more the club and we’ll see.” The Citizens are currently priced as the 2.88 favourites to win the Premier League title, while they are 13.00 to win a maiden Champions League trophy.