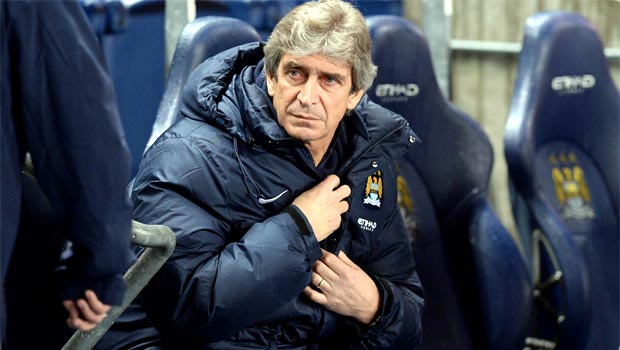 Manuel Pellegrini vowed to stick with his attacking principles ahead of Manchester City’s tricky Premier League encounter against Newcastle at St James’ Park.

The Chilean tactician has helped deliver some impressive results and a glut of goals since his arrival as Roberto Mancini’s successor at the Etihad Stadium in the summer.

City have already scored 57 goals in their 20 matches to date – 11 more than second highest scorers Liverpool – while they have notched an amazing 92 goals in all competitions.

They head to Newcastle unbeaten in 14 games and know a win will see them jump to the top of the Premier League above Arsenal until their game at Aston Villa on Monday night.

However, City’s Achilles’ heel this term has been their away form with four defeats on the road so far, but Pellegrini is adamant that he will not tinker with his tactics.

Newcastle will be no pushovers given that Alan Pardew’s side have already held Liverpool and beaten Chelsea on home soil in the Premier League, while Arsenal had to grind out a 1-0 win.

But with the in-form Alvaro Negredo set to lead the line and Yaya Toure, Jesus Navas and Micah Richards all fit, Pellegrini has vowed to send his players out to go for goals.

The 60-year-old said: “I’ve been the same my whole career. A lot of managers can manage the way they want, there is not just one way to do it.

“Maybe other managers would see their team score one goal and then prefer to go back and counter-attack, then try to score the second goal.

“A lot of those managers are the best managers at the moment, but for me it’s very important to continue the way I play.”

City will be hopeful of securing three points on Tyneside, where they won 2-0 after extra-time in the Capital One Cup earlier this season, given that they have won their last eight games against Newcastle and are unbeaten in 14 against them.