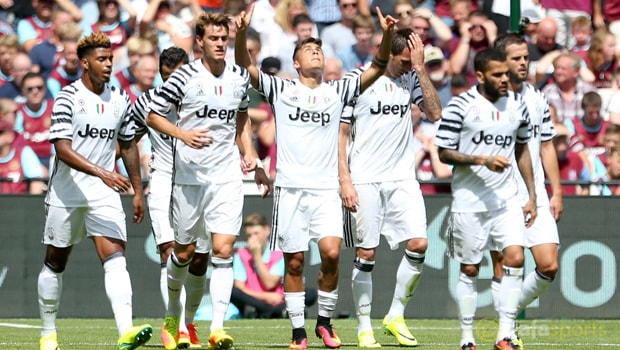 Paulo Dybala says Juventus do not fear anybody in the Champions League after qualifying as top seeds from Group H.

Goals from Gonzalo Higuain and Daniele Rugani saw the Bianconeri defeat Dinamo Zagreb 2-0 on Wednesday to ensure they finish the pool stages unbeaten and they can now look forward to the last 16.

Despite being the dominant force in Italy, Juve have often failed to transfer their domestic form on to the European stage and earlier this week, midfielder Sami Khedira warned his team-mates that the time for excuses was over.

Their status as top seeds does not necessarily guarantee them a kind draw, with holders Real Madrid, Paris Saint-Germain, Manchester City and their conquerors from last season Bayern Munich all possible opponents in the second round.

Juve are 15.00 to win this season’s Champions League, with Barcelona currently leading the betting at 4.00 ahead of Bayern, who are priced at 4.50.

To conquer Europe you have to beat the best sides though, and Dybala believes Massimiliano Allegri’s men are up to the challenge.

The Argentine forward made his comeback after six weeks out with a hamstring injury against Dinamo, coming off the bench for the final 10 minutes.

Speaking after his side’s comfortable win over the Croatian champions, the 23-year-old insisted they are ready for whatever awaits in the last 16, as they feel they can get the better of anyone over two legs.

He told Mediaset Premium: “I don’t mind which team we get, because we should not fear anyone. With the players we’ve got, we can beat any opponent.”