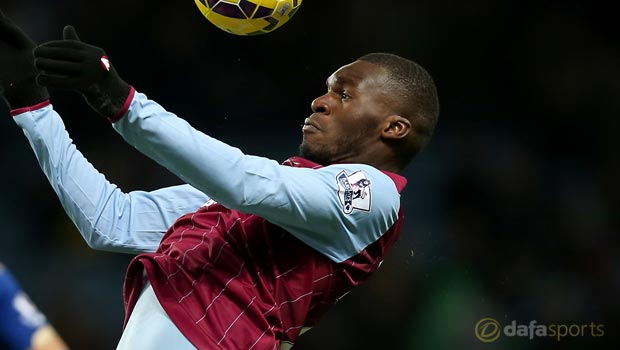 Christian Benteke’s former manager at Aston Villa, Paul Lambert, is tipping the Belgian international to be a big hit if his move to Liverpool goes through.

Benteke is expected to have a medical and complete his move to Merseyside in the coming days after the Reds met the £32.5m release clause in his contract.

Lambert brought Benteke to English football from Genk for £4.5m in 2012 and the Scot is tipping him to be a “terrific signing” for Brendan Rodgers.

Lambert revealed he has talked about the move with the 24-year-old front man.

“I think he is going to do great,” said Lambert.

“Christian phoned me yesterday and I had a good chat with him. I am delighted for him, he has got a move to a really big, big club.”

Lambert does not subscribe to theories that Benteke will not fit Liverpool’s style of play. He believes Rodgers is attracting a centre-forward of genuine quality that can score a variety of goals.

“He will score all types of goals,” he said. “If you look at the way he plays, especially his first year at Aston Villa, where he was a phenomenon.

“He was third behind (Cristiano) Ronaldo and (Lionel) Messi in goalscoring ratio. I think he is one of the best No 9s I have seen in a long time,” Lambert added.

Villa were one of the Premier League’s most goal-shy teams last season but Lambert said he feels Benteke will thrive at Liverpool, where his teammates will create a host of chances.

Benteke is priced at 21.00 to be the top goalscorer in the Premier League next season while Liverpool are available at 3.50 to finish in the top four.