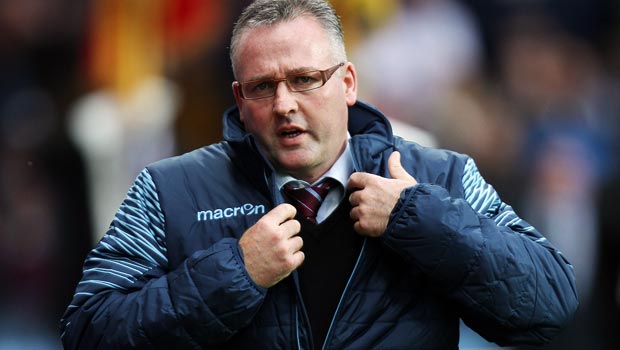 Paul Lambert admits his Aston Villa players have endured a torrid time taking on the best sides in the Premier League in quick succession.

Since winning three of their first four games this season, Villa have lost all of their last five without scoring a single goal.

Already this season Villa have faced the top five teams from last season and Spurs will complete the top six when they visit on Sunday afternoon.

“Physically and mentally, it’s hard against Manchester City, Chelsea and Arsenal, you don’t have a rest in there,” the Scot said.

“The mental toughness for that is excruciating at times. If you are not getting results it’s hard.”

Lambert signed a four-year contract extension at Villa Park in September on the back of a strong start to the season, but his side have lost every game since.

Tottenham come to Villa Park having managed only one win in seven, ensuring it is a high stakes game for both sides. Villa are 3.69 to beat Spurs (2.02) with the draw 3.02

Striker Christian Benteke has returned to action for Villa and played 90 minutes against QPR on Monday.

Lambert went on record in midweek stating it could take the Belgian six weeks to get up to speed after a long injury lay off, however the Scot will be pinning his hopes on Benteke disproving that theory against Spurs.

Media reports have questioned Lambert’s job security this week, but the Villa boss is not panicking with just a quarter of the season completed.

“It’s just the way football works – you just have to turn it around. It would be more nail-biting if we had five games to go but we’re 10 games into the season,” he said.