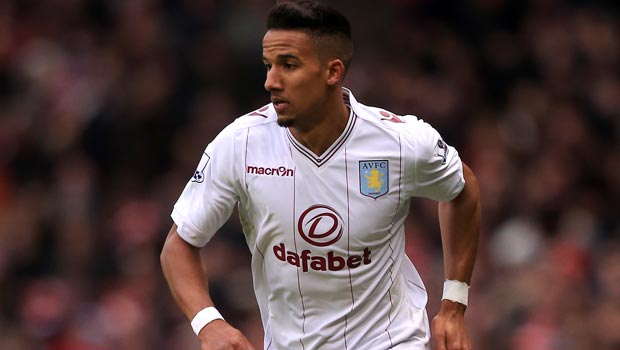 Spaniard Gil arrived at Villa Park earlier in the transfer window, signing a four-and-a-half year deal with the midlands club.

The 22-year-old made an immediate impact on Lambert’s side, marking his first start with a goal against Bournemouth in the FA Cup fourth round last weekend.

Gil had already impressed on his debut as a substitute during the defeat to Liverpool
in their last Premier League outing and the Scot is pleased with the former Valencia man’s impact.

He said: “Carles Gil has come in and hit the ground running. He wasn’t a regular at Valencia, but he wants to do well at this club, too, which is great.”

The former Norwich boss now wants Sinclair to have a similar impact. The wideman has joined the Villans on an initial loan until the end of the season, with a view to a permanent transfer in the summer.

Lambert added: “He might do what Carles has done, we’ll see. Moving again might get him rejuvenated again.”

The 45-year-old boss has a lot of hope over his new signing, believing the former Swansea player can enjoy a long career in the Premier League.

He said: “He’s only 25 and his best years are ahead of him. The potential is there, he’s scored goals in the Premier League in the past and created goals at this level, too.”

Lambert will also be hoping Sinclair can help improve his goal-shy side’s fortunes.

The Villans have only managed 11 league goals in their 22 league games to date with strikers Gabriel Agbonlahor, Christian Benteke and Andreas Weimann only amassing eight goals between them this campaign.

Next up for Lambert and his struggling side is a trip to the Emirates to take on Arsenal on Sunday.