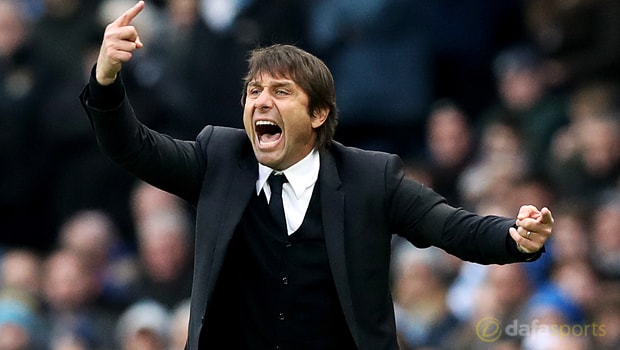 The Italian arrived at Stamford Bridge in the summer and, after some mixed results with a back four, soon switched to his preferred 3-4-3 formation.

Since then the Blues have won eight on the spin in the Premier League, a run that has lifted them to the top of the standings.

A number of other managers have attempted to mimic Conte’s style, most notably Pep Guardiola, but have achieved little or no success, with Chelsea winning 3-1 at Manchester City on Saturday.

With no European football to worry about, all appears rosy for the West Londoners in their title push and they are currently the 2.30 favourites to top the standings.

Sunday sees them host West Brom and they are understandably the 1.25 favourites to win, with the draw 6.00 and the Baggies 12.00 to cause an upset.

The boss’ decision to implement a shape that both gets the best out of his forwards and gives his team defensive stability has earned him plenty of plaudits.

Former Blues star Nevin admits he has been impressed with Conte’s tactical approach and believes his side look like they could prove to be extremely difficult to stop.

“The real joy just now is that Chelsea seem to have forwards with the cleverness to break down packed defences but are also brilliant at breaking against pressing sides,” he told the club’s official website.

“It is a double whammy for opponents who are really finding it difficult to figure out how on earth they set up to beat us. “No doubt Tony Pulis will try something special at the weekend with West Brom.

But the way we are playing it will have to be extra special if it is going to stop the juggernaut that is the current Chelsea run.”