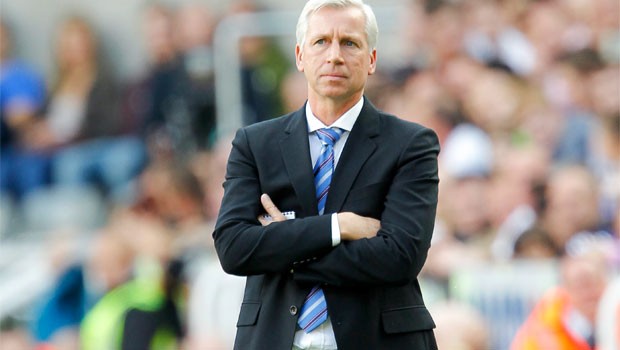 Alan Pardew says Newcastle are desperate to atone for last season’s 6-0 hammering against Liverpool when the two sides go head-to-head this weekend.

The Magpies endured a difficult campaign and only just avoided relegation but the hammering dished out by Liverpool in front of a large St James’ Park crowd was the low point.

Pardew admits it is probably one of the lowest moments of his managerial career and is anxious to put things right when they meet again on Saturday.

The Toon boss hopes the agony of the defeat is still fresh in the minds of the players who featured that day, and it will help inspire them to a crucial three points over the high-flying Reds.

“It was one of my worst days as Newcastle boss, for sure. It’s happened to bigger and better managers than me though – Sir Alex Ferguson, Arsene Wenger, they’ve all had those days, too,” said Pardew.

“If there isn’t an extra bit of fire in the bellies of some of our players this weekend, then there’ll be something wrong.

“There’ll be quite a few players playing who played on that day, and I’d be disappointed if they don’t respond. That’s what you like to see.

“I certainly want to get a result more than in most games that we play.”

Newcastle go into the game on the back of a big win at Cardiff just before the international break and Loic Remy, who bagged both goals on that day, will be crucial to Newcastle’s chances of success.