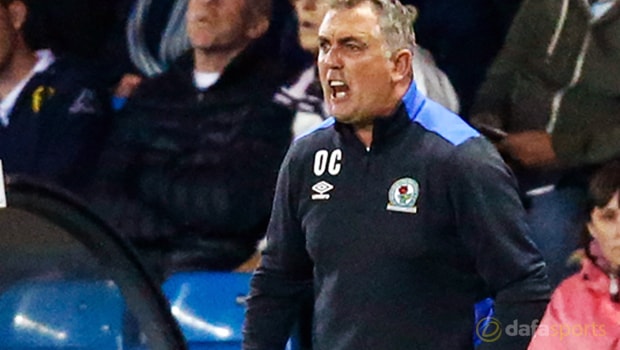 Blackburn manager Owen Coyle has admitted his side are not the finished article but feels they are improving at a steady rate.

The Lancashire club have endured a rocky start to the Championship season under Coyle, who took over the reins in the summer.

Rovers, who are priced at 1.95 to be relegated, picked up just two points from their first seven league games this term and were left languishing at the bottom of the table until mid-September.

Coyle’s men have twice climbed out of the bottom three since that poor period although they currently sit 23rd, two points from safety.

However, despite Blackburn’s failure to find any consistency, Coyle believes he has seen signs of improvement over the last few weeks.

Coyle said: “We’re certainly not the finished article but we know we are getting better. We have heart and a lot of courage in the team.

“Again we are decimated by injuries – Tommie Hoban dislocating his shoulder on the back of Derrick Williams, who is out for four to six weeks.

“So, given all that, the players stood up and showed that heart for the fight and that courage, and they have quality as well.

Some of our play at times against Wolves was very pleasing on the eye. “We’re trying to build something. We’ve very much still got improvement to make in different areas – we know that.

“We had a terrible start but from then I think we’ve shown we’re a decent side and that we can stand toe-to-toe with some decent teams that have invested a lot of money.”