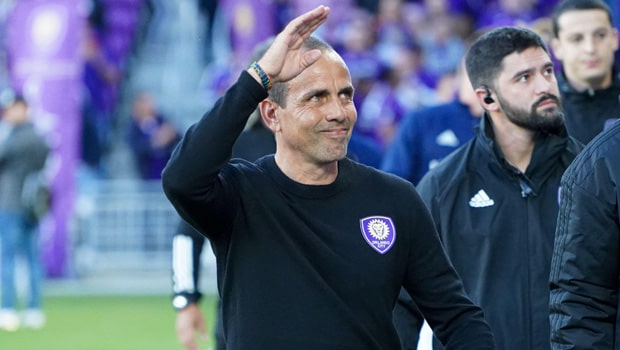 “The importance of the game, it goes beyond taking the club to another final, which is already super for our fans and what the achievement means for the city,” Oscar Pareja, Orlando head coach, said after the win.

Orlando now has a chance to win the club’s first piece of silverware on their home field since entering MLS as an expansion club in 2015.

“The team showed that we have talent and cohesiveness among the players,” Pareja said. “It’s just trying to get that consistency and it’s a long season. Congratulations to the players and congratulations to the fans for taking our club to another final and showing we can be much better in our performance in the league games. We will keep working on it.”

Lewis Morgan found the back of the net first (45’+1′) before Cesar Araujo (45’+4′) evened it up soon after. Orlando City was just absolutely dominant in the second half with goals from Mauricio Pereyra, Araujo, Facundo Torres and Benji Michel.

“A lot of memories came through my head, especially all the hard work behind scenes, I lived a dream night.” Araujo said. “The reality is that those were my first goals. It’s come from a lot of hard work.”

Wednesday night’s win helped – somewhat – to make up for the earlier 3-0 loss at home to the Red Bulls in league play.

“I’m living in a beautiful moment right now for me in my personal life, but the most important thing is the team getting to the final,” Araujo added. “The locker room celebrations, we want to keep that there. It’s an incredible moment.”

Orlando City dominated the possession batter 60-40, finishing with fewer shots overall, but three times as many on target.

“I think the confidence that [the players] showed today as a group helped them a lot to put things together,” Pareja added. “The team showed that we have talent and cohesiveness among the players. It’s just trying to get that consistency and it’s a long season.”

Despite having four more shots overall, New York had just three shots on goal compared to nine for Orlando.

“This is, right now, a painful moment,” New York City Red Bulls head coach Gerhard Struber said. “We go very clear in the detail and analysis, and we move forward. We had a painful loss. We had completely different expectations. It’s very painful.”

The U.S. Open Cup Final is set for Wednesday, 7 September at Exploria Stadium.