No excuses from Martin O’Neill after Ireland mauling

Posted by Fred McKinley on September 7, 2018 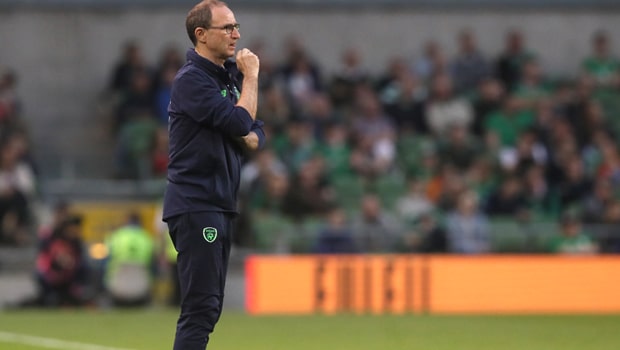 Martin O’Neill admitted his ‘depleted’ Republic of Ireland team had been ‘second best’ in their 4-1 Nations League loss to Wales in Cardiff.

Goals from Tom Lawrence, Gareth Bale and Aaron Ramsey left the home side leading 3-0 at half-time while Connor Roberts got in on the act early in the second half before Shaun Williams netted Ireland’s minor consolation strike.

For O’Neill it was a hard night, coming barely 11 months on from a famous World Cup qualifier win in the same Cardiff City Stadium. The Irish boss wasn’t going to pull too many punches afterwards.

“We were well beaten. It was a difficult game for us,” he told reporters.

“Wales were better than us. They possess a world class player in Gareth Bale along with some other exceptional Premier League players.

“They can play a bit and we were second best.”

The likes of James McClean, Shane Long, Harry Arter, Robbie Brady and James McCarthy were missing from the Irish set-up and O’Neill suggested his squad is badly stretched.

“We are a bit stretched at the moment, but we might get a few back next month, we might not, but we have to do better.